Place cooked pheasant in a large mixing bowl and add in the cream cheese, cheddar cheese, basil, cumin, celery salt and scallions; stir together until all ingredients are combined. Taste the mixture and season accordingly with salt and pepper.

Stuff jalapeños with pheasant and cheese mixture, then wrap bacon around the jalapeño. Place the bacon wrapped jalapeño on a baking sheet that has a cooling rack on top to allow for the bacon to crisp around the entire jalapeño. Bake for 12-15 minutes or until bacon becomes crisp and brown. Enjoy!

*If not serving pheasant a great substitute is Italian sausage. 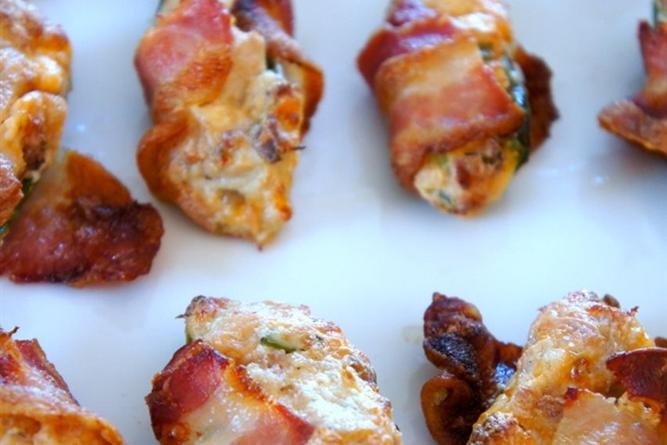